At the same time, public servants took to social media to demand accountability, and compensation advisors reiterated that neither senior management, nor unions listened years ago when they advised that Phoenix wouldn’t work, nor did unions protect those who were faced with losing their jobs.

In last week’s update, there was news that a new call centre has been established in Toronto with 100 agents and more to come.

Up until now, public servants have not been able to reach anyone at the pay centre in Miramichi with callers waiting endlessly on hold, getting a busy signal or being hung up on.

Public Works says this new call centre will ensure that all employees are able to speak to someone with a minimal wait time, while reducing the burden at Miramichi and reducing the number of dropped calls.

In one day, the Toronto call centre received 2,500 calls with Public Works maintaining that no calls were dropped and the average wait time was under four minutes.

Public Works says that call centre agents there will be able to provide updates on when pay requests will be addressed and how long they will take to be resolved. Public servants with more complex pay questions will be referred to a pay advisor using a case status form.

A compensation advisor in the pay centre will then call back employees reporting issues in priority 1 and 2 groups within 48 hours.

Public Works shared this infographic, outlining the types of priority cases and their timelines: 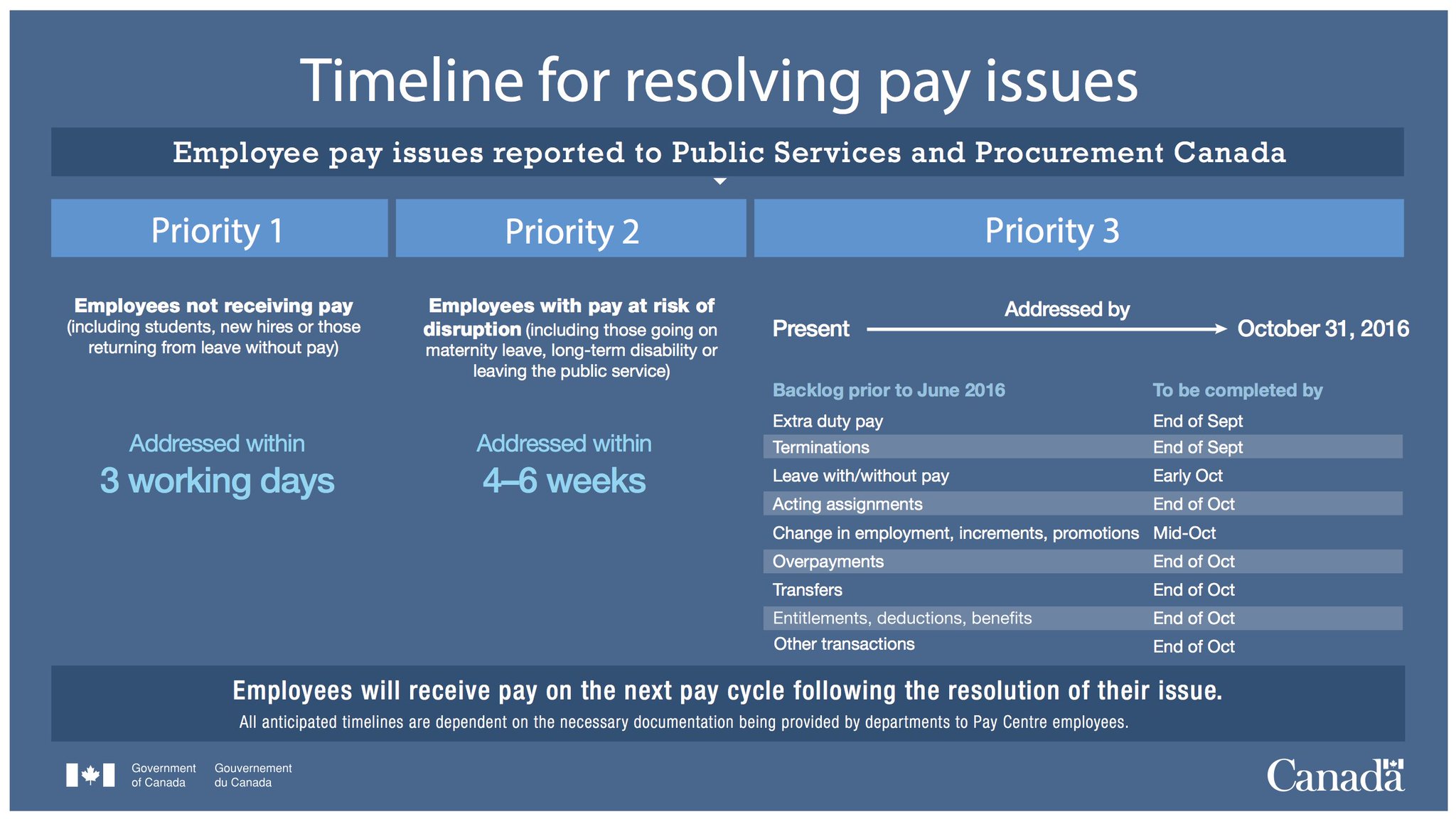 Public Works is also working on:

Lastly, it was revealed that additional privacy breaches have occurred; four employees were able to access the names and identification numbers (PRIs) of employees from other departments.

The Deputy Minister said the Office of the Privacy Commissioner has been informed.